Rex J. Zedalis is a member of the faculty at the University of Tulsa, College of Law, where he has received numerous awards for his outstanding teaching, including an award in 2004 for the university's most outstanding professor. He has also been recognized for his extensive publication record in both US and European international law journals. He has served as Director of the Comparative and International Law Center (CILC) at the University of Tulsa and as a Fellow with, and a former Assistant Director of, the College of Law's National Energy Law and Policy Institute. Professor Zedalis has also acted as a consultant to international organizations, foreign governments, and domestic as well as international law firms during his nearly thirty-five-year career. 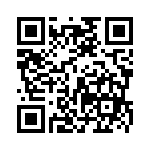