Brian Levack is a Professor, Universityof Texasat Austin. He written and edited many books including; Witchcraft and Magic in Europe : The Eighteenth and Nineteenth

Centuries(1999), The West: Encounters and Transformations (2004), The Jacobean Union: Co-edited with Bruce Galloway, (1985). He has also written many articles including Witchcraft, Magic and Demonology: A Twelve- Volume Anthology of Scholarly Articles (1992).

New Perspectives on Witchcraft, Magic and Demonology: A Six-Volume 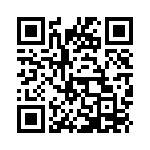