Էջ 22
VILLANELLE of SUNSET, to words by Ernest Dowson, is a brief, two-page song
with lovely, most expressive music by Henry Gerstlé. Also a slumber song, it
avoids the clichés usually found in songs of this type. Its charming simplicity is
almost ...
Էջ 52
In the course of her nationwide tour for the Season 1940-1941, she will also
appear in joint recital with the composer, Castelnuovo-Tedesco, in programs
including the introduction of many famous Tedesco songs. Stell Andersen and
Darius ...
Էջ 10
Artists and Composers ' Prizes Given by N. Y. Federated Clubs General , and
who as a tenor now in the diplomatic service , greeted the assembly with a song
as well as words ; and Mme . Maria Grever , Mexican composer of more than 500
... 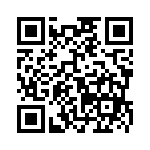