Էջ 219
Shakespeare left the house he had been living in on Bankside and took rooms in a house in Cripplegate belonging to Christopher Mountjoy , a refugee from France , a wigmaker and tiremaker . Mountjoy's wife , their daughter Mary , and his ...
Էջ 303
Since the world is nothing but sickness and corruption , not worth living in , and not worth a man's thought , he will give himself up to pure hatred of it when he is not surrendering to a violent , disgusted apathy .
Էջ 354
He is not speaking of the ideal Perdita , an abstraction in a world of abstractions , but of a living , breathing , entirely charming , and entirely credible Perdita transformed by the power of vision . She is beautiful and moves with ... 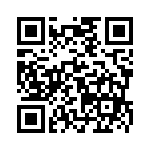