A certified public accountant, Rodney A. Smith is a political consultant and fund-raiser. In the past thirty years, he has raised over a billion dollars for candidates and political committees. He has been the national finance director for the Republican National Committee and the National Republican Congressional Committee and served as treasurer and finance director of the National Republican Senatorial Committee. He is the only finance professional ever honored as the "Most Valuable Player in a Campaign" by the American Association of Political Consultants. He lives in Washington, D.C. 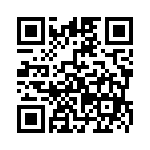