Էջ 35
The piecemeal application of humanist gew - gaws to Elizabethan versification is not at all the same thing as what Milton later achieved , that is ... V The Elizabethans liked versified debates , consisting of thesis and antithesis .
Էջ 46
Festive masque , like Elizabethan festive comedy , is connected with holiday ritual , and as such celebrates riot , misrule and merriment . Dionysus , Bacchus , the Spring Lord , Robin , the May King , Comus , are all different aspects ...
Էջ 57
Milton's sonnets , written at a time when the golden age of Elizabethan sonneteering had burned itself out , are in their harsh honesty , their refusal to intoxicate , strangely heroic . The linguistic basis of this achievement has been ... 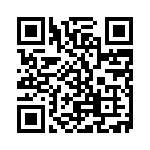