The Epic of New York City: A Narrative History

Ellis's 1966 volume chronicles several centuries of New York City history. The story covers everything from riots, scandals, and dirty politics to the construction of the Statue of Liberty, Brooklyn ... Read full review

The epic of New York City

Edward Robb Ellis is the author of A Nation in Torment, Echoes of Distant Thunder, A Nation in Torment, and, most notably, the monumental A Diary of the Century, which the Chicago Tribune calls a "jewel of Americana." At roughly 21 million words, it has been named by the Guinness Book of World Records the largest diary ever written, and by numerous critics, the greatest ever published. 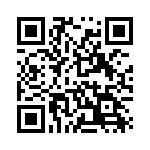