Joanna de Groot lectures in history and is a member of the Centre for Women's Studies at the University of York. She has published extensively on gender and women's history. 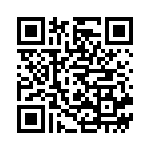