Lee Griffith is a teacher, author, and social activist currently working with a community mental health program in Elmira, New York. A frequent contributor to magazines like The Other Side, Sojourners, and Brethren Life and Thought, he is also the author of The Fall of the Prison: Biblical Perspectives on Prison Abolition, chosen by Christianity Today as one of the best books of 1993. 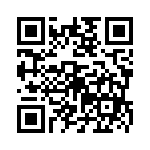