Էջ 79 - ... full upon his eyes. At one extremity of an open space, hemmed in by the dark wall of the forest, arose a rock, bearing some rude, natural resemblance either to an altar or a pulpit and surrounded by four blazing pines, their tops aflame, their stems untouched, like candles at an evening meeting.‎
Հանդիպում է 1845-2006-ը 126 գրքում
Էջ 34 - Georgiana's lovers were wont to say that some fairy at her birth hour had laid her tiny hand upon the infant's cheek, and left this impress there in token of the magic endowments that were to give her such sway over all hearts.‎
Հանդիպում է 1846-2008-ը 94 գրքում
More
Էջ 74 - Ah, forsooth, and is it your worship indeed?' cried the good dame. 'Yea, truly is it, and in the very image of my old gossip, Goodman Brown, the grandfather of the silly fellow that now is. But — would your worship believe it? — my broomstick hath strangely disappeared, stolen, as I suspect, by that unhanged witch, Goody Cory, and that, too, when I was all anointed with the juice of smallage, and cinquefoil, and wolf's bane — ' 'Mingled with fine wheat and the fat of a new-born babe said the...‎
Հանդիպում է 1846-2006-ը 127 գրքում
Էջ 108 - ... what singular fragrance is this in your apartment? Is it the perfume of your gloves? It is faint, but delicious; and yet, after all, by no means agreeable. Were I to breathe it long, methinks it would make me ill. It is like the breath of a flower; but I see no flowers in the chamber.‎
Հանդիպում է 1804-2008-ը 86 գրքում
Էջ 100 - His withered guide led him along several obscure passages, and finally undid a door, through which, as it was opened, there came the sight and sound of rustling leaves, with the broken sunshine glimmering among them. Giovanni stepped forth, and, forcing himself through the entanglement of a shrub that wreathed its tendrils over the hidden entrance, stood beneath his own window in the open area of Dr.‎
Հանդիպում է 1804-2008-ը 73 գրքում
Էջ 83 - Be it so if you will; but, alas! it was a dream of evil omen for young Goodman Brown. A stern, a sad, a darkly meditative, a distrustful, if not a desperate man did he become from the night of that fearful dream.‎
Հանդիպում է 1846-2007-ը 142 գրքում
Էջ 47 - Why did you hesitate to tell me this?" asked she. "Because, Georgiana," said Aylmer, in a low voice, "there is danger." "Danger? There is but one danger — that this horrible stigma shall be left upon my cheek!" cried Georgiana. "Remove it, remove it, whatever be the cost, or we shall both go mad !" "Heaven knows your words are too true," said Aylmer, sadly. "And now, dearest, return to your boudoir. In a little while all will be tested.‎
Հանդիպում է 1846-2008-ը 64 գրքում
Էջ 83 - On the Sabbath day, when the congregation were singing a holy psalm, he could not listen because an anthem of sin rushed loudly upon his ear and drowned all the blessed strain. When the minister spoke from the pulpit with power and fervid eloquence, and, with his hand on the open Bible, of the sacred truths of our religion, and of saintlike lives and triumphant deaths, and of future bliss or misery unutterable, then did Goodman Brown torn pale, dreading lest the roof should thunder down upon the...‎
Հանդիպում է 1846-2004-ը 69 գրքում
Էջ 104 - Her spirit gushed out before him like a fresh rill that was just catching its first glimpse of the sunlight and wondering at the reflections of earth and sky which were flung into its bosom. There came thoughts, too, from a deep source, and fantasies of a gemlike brilliancy, as if diamonds and rubies sparkled upward among the bubbles of the fountain.‎
Հանդիպում է 1804-2008-ը 85 գրքում
Էջ 51 - The fatal hand had grappled with the mystery of life, and was the bond by which an angelic spirit kept itself in union with a mortal frame, As the last crimson tint of the birthmark— that sole token of human imperfection -faded from her cheek, the parting breath of the now perfect woman passed into the atmosphere, and her soul, lingering a moment near her husband, took its heavenward flight.‎
Հանդիպում է 1846-2008-ը 112 գրքում
Less

Nathaniel Hawthorne was born on July 4, 1804 in Salem, Massachusetts. When he was four years old, his father died. Years later, with financial help from his maternal relatives who recognized his literary talent, Hawthorne was able to enroll in Bowdoin College. Among his classmates were the important literary and political figures Horatio Bridge, Henry Wadsworth Longfellow, and Franklin Pierce. These friends supplied Hawthorne with employment during the early years after graduation while Hawthorne was still establishing himself as a legitimate author. Hawthorne's first novel, Fanshawe, which he self-published in 1828, wasn't quite the success that he had hoped it would be. Not willing to give up, he began writing stories for Twice-Told Tales. These stories established Hawthorne as a leading writer. In 1842, Hawthorne moved to Concord, Massachusetts, where he wrote a number of tales, including "Rappaccini's Daughter" and "Young Goodman Brown," that were later published as Mosses from an Old Manse. The overall theme of Hawthorne's novels was a deep concern with ethical problems of sin, punishment, and atonement. No one novel demonstrated that more vividly than The Scarlet Letter. This tale about the adulterous Puritan Hester Prynne is regarded as Hawthorne's best work and is a classic of American literature. Other famous novels written by Hawthorne include The House of Seven Gables and The Blithedale Romance. In 1852, Hawthorne wrote a campaign biography of his college friend Franklin Pierce. After Pierce was elected as President of the United States, he rewarded Hawthorne with the Consulship at Liverpool, England. Hawthorne died in his sleep on May 19, 1864, while on a trip with Franklin Pierce. 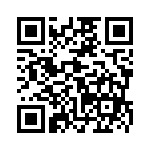