Էջ 207
European British subjects , subjected in 1872 to the jurisdiction of the provincial courts , were prior to 1883 entitled when in the districts to trial by a sessions judge or a justice of the peace of their own race .
Էջ 358
As far as practicable territorial constituencies are provided for , certain numbers being allocated as general seats , Muhammadan , Anglo - Indian , European , and Indian Christian . An electoral roll is to be prepared for each ...
Էջ 500
See Anglo - Indians European army , merged in Crown forces ( 1860 ) , 188 European British subjects , answerable to ... defined for these purposes , 358 European cemeteries , central subject , 264 ; now federal subject , 365 European ... 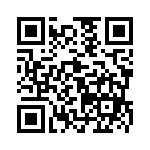