A must-read if you are at all interested in the Shakespeare authorship question (particularly if you, like Shapiro--and like me--believe that Shakespeare wrote his own plays). Covers some of the same ... Read full review

A useful book if one is not a professional conspiracy enthusiast. James Shapiro is a clear writer who marshals all the arguments in favour of the author really being the guy from Stratford. I think ... Read full review

James Shapiro is the Larry Miller Professor of English and Comparative Literature at Columbia University, where he has taught since 1985. Born and raised in Brooklyn, New York, he studied at Columbia and the University of Chicago. He is the author of several books, most recently A Year in the Life of William Shakespeare: 1599. He has been awarded numerous fellowships and grants from institutions such as the Guggenheim Foundation, the National Endowment for the Humanities, and the New York Public Library’s Cullman Center for Scholars and Writers. He has written for The New York Times, the Financial Times, the Los Angeles Times, and other publications. Mr. Shapiro lives in New York with his wife and son. 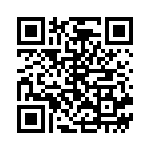