Didn't really care for the book. It's an old book, reprinted in 1987. It was too political and stereotyped the people a little too much for me. Read full review

Here is one of the South's most gifted and versatile writers with a new theme, handled in- for him- a wholly new vein. It is a powerful and haunting and often distastefully crude portrait of a ... Read full review

Robert Penn Warren, the first Poet Laureate of the United States, was an unusually versatile writer who tried his hand at almost every kind of literature. In all of these forms, he achieved recognition and distinction, but it is as a poet, critic, and novelist that he was most widely known. Writing almost always about his native South, Warren produced 10 novels and a collection of short stories, The Circus in the Attic and Other Stories (1948). By far the most successful of his novels is All the King's Men (1946), the story of a southern politician and demagogue named Willie Stark, which Warren based on the rise and fall of Huey Long. Warren was considered one of the most influential of the New Critics, whose influence on the teaching of literature in American schools and universities during the late 1940s and 1950s could scarcely be overestimated. Because All the King's Men seemed to be the very epitome of what a good work of literature should be in New Critical terms---a complicated but highly readable narrative filled with irony and ambiguity---the novel came to be used widely in courses on modern fiction. It won both the Pulitzer Prize and the Southern Authors Award in 1947. Warren's other novels are disappointing by comparison. Following the success of All the King's Men, however, Warren seemed to turn to more loosely told stories about dramatic and romantic subjects, such as the interracial theme of Band of Angels (1955) or the natural catastrophes that serve as the crisis background for The Cave (1959) and Flood: A Romance of Our Time (1964). Wilderness: A Tale of the Civil War (1961) is an allegory of a man's spiritual quest for truth about himself and the world. Meet Me in the Green Glen (1971), the story of a tragic love affair, seemed to mark a return to the tighter structure and more complex artistry of Warren's earlier novels, but A Place to Come To (1977), his last novel, in which an elderly and renowned scholar who seems to owe much to Warren himself looks back on his family's past in an effort to find the meaning of his life, struck some reviewers as a confused and tired work. Sometime midway through his career as a novelist it is as if Warren stopped thinking of himself as a southern writer in the tradition of William Faulkner and turned instead to Thomas Wolfe for inspiration. Although in retrospect that switch must be regretted, no one can deny the immense influence of Robert Penn Warren on modern letters. Warren's poetry is intellectual, rich in powerful images, and has its roots in the pre-Civil War South. He continued to write impressive poetry almost until the time of his death. 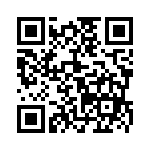