Էջ 20
N. Y. Philharmonic-Symphony Is History of Music in America Some years ago,
one of America's most erudite critics, the late James Gibbons Huneker, once
remarked, “The history of the New York Philharmonic is the history of music in
America!
Էջ 29
Prokofieff Concerto Prokofieff's Cello Concerto received its first Brithsh
performance at a London Philharmonic Concert at the Stoll Theatre. The work is,
as one would expect, very interesting although perhaps not one of Prokofieff's
greatest.
Էջ 11
Artur Rodzinski, musical director of the Philharmonic-Symphony, rehearses the
soloists for the final concerts of the regular season, presenting the Ninth
Symphony of Beethoven. Left to right, Mr. Rodzinski. Donald Dame, tenor,
Dorothy Kirsten, ... 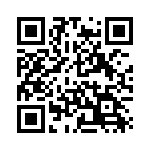