This volume took Alison Weir twenty-two years to research and write. It's quite a feat. She's covers Britain's monarchy from the late 700s up till 2002. Each royal house is given a summary at the ... Read full review

Fantastic resource; the result of 22 years work by the author. The only downside is the format which sometimes is confusing when trying to follow a particular family. Other than that - a great book! Read full review

Alison Weir is one of Britain’s top-selling historians. She is the author of numerous works of history and historical fiction, specialising in the medieval and Tudor periods. Her bestselling history books include The Six Wives of Henry VIII, Eleanor of Aquitaine, Elizabeth of York and The Lost Tudor Princess. Her novels include Innocent Traitor, Katherine of Aragon: The True Queen and Anne Boleyn: A King's Obsession. She is an Honorary Life Patron of Historic Royal Palaces and a Fellow of the Royal Society of Arts. She lives and works in Surrey. 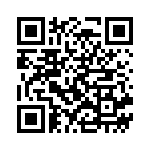