My own view – speaking as a historian rather than citizen – is that as long as Pakistan exists there will be Hindu fundamentalists in India. In times of stability, or when the political leadership is ... Read full review

I’ve been wanting to learn more about history for a long time now, and I’ve finally decided to take the plunge and start reading more history books. I started off with a book I’ve owned for about ... Read full review

Ramachandra Guha's books cover a wide range of themes: they include a global history of environmentalism, a biography of an anthropologist-activist, a social history of Indian cricket, and a social history of Himalayan peasants. His entire career, he says, seems in retrospect to have been an extended (and painful) preparation for the writing of India After Gandhi. 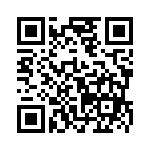