Russia and the new states of Eurasia: the politics of upheaval

This is the first in a planned series of reports from the Russian Littoral Project, directed by the authors, focusing on the newly independent states in Eurasia. The project analyzes the foreign ... Read full review

Էջ 21 - Belarus and declared the dissolution of the USSR and the establishment of the Commonwealth of Independent States (CIS).‎
Հանդիպում է 1992-2002-ը 7 գրքում
Էջ 18 - Although the odds favouring the creation of such a political coalition might have been high under any circumstances, Gorbachev's political tactics probably contributed inadvertently to this outcome by allowing 1990 republican legislative elections that were substantially more democratic than the federal legislative elections of 1989; and by postponing the first direct election for his own federal presidential post until 1994, Gorbachev unwittingly paved the way for an electoral alignment between...‎
Հանդիպում է 1994-2002-ը 4 գրքում

Karen Dawisha was born Karen Hurst in Colorado Springs, Colorado on December 2, 1949. She studied Russian politics at the University of Colorado at Boulder and received a doctoral degree at the London School of Economics. She taught at Miami University in Oxford from 2000 until her retirement in September 2016. She wrote or co-wrote several books including Soviet Foreign Policy Towards Egypt; Eastern Europe, Gorbachev, and Reform: The Great Challenge; and Putin's Kleptocracy: Who Owns Russia? She died from lung cancer on April 11, 2018 at the age of 68. 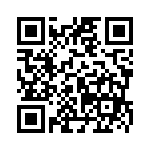