Էջ 64
The second concert will be under the direction of Robert Shaw , founder and
director of the Collegiate Chorale , and ... given with the cooperation of Local 802
of the American Federation of Musicians , and the proceeds of the concerts w go
to ...
Էջ 40
Started during the war , Sunday afternoon and Wednesday evening concerts
have been put on at the Art museum by prominent Portland and Oregon
musicians and are planned for next season , Two concert series by
internationally famous ...
Էջ 26
The orchestra proved a most responsive instrument , responding in glowThe
University Concert Band , Prof. Charles Cushing conductor , gave a concert of
Handel , Haydn , Chabrier , Debussy , Vaughan Williams and Bartok at Wheeler
Hall ... 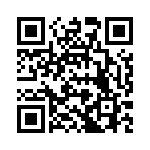