I love this collection of poetry. My copy of this book has a weathered crease on a page with John Keat's "To Sleep" and "When I have fears that I may cease to be". This is a beautiful collection of ... Read full review

This is the kind of book I'm always currently reading, and one I never get tired of; yes, you can find these poems in beaucoups of textbook anthologies, but I like how this one edition focuses on ... Read full review

Stanley Appelbaum served for decades as Dover's Editor in Chief until his retirement in 1996. He continues to work as a selector, compiler, editor, and translator of literature in a remarkable range of languages that includes Spanish, Italian, French, German, and Russian. 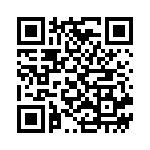