Now I know why I don't read too many books on philosophy: they can be so damn difficult to understand. I read this as part of my continuing interest in late medieval literature. Another avenue to ... Read full review

I finally finished this book! I'm ready for the agent intellect to beam me up! Read full review

Sir Anthony Kenny is one of Britain's most distinguished academics. He has been Pro-Vice-Chancellor of the University of Oxford, Master of Balliol College, and President of the British Academy. He is one of very few philosophers who have made significant contributions to the study of ancient philosophy, medieval philosophy, early modern philosophy, and twentieth-century philosophy. He is particularly well known for his work on Aristotle, Aquinas, Descartes, and Wittgenstein. He has also published acclaimed books on the philosophy of mind and action and the philosophy of religion. 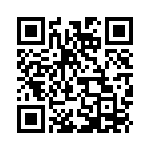