Astro boy made an incredibly impression on me as a young 8 year old boy. I enjoyed this work very much. Schodt did a wonderful job in exploring the person (Osamu Tezuka) behind the great creation of ... Read full review

The Astro Boy Essays: Osamu Tezuka, Mighty Atom, and the Manga/Anime Revolution written by Frederik L. Schodt is one of the few full-length publications available in English devoted to the life and ... Read full review

Fluent in spoken and written Japanese, Frederik L. Schodt is an author, interpreter, and translator who has written extensively on Japanese culture and Japan-U.S. relations. His classic Manga! Manga! introduced the English-speaking world to Japanese comics culture. 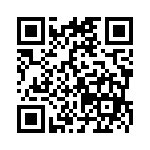