Էջ 4
The Philharmonic Orchestra gave a Children's Concert, despite war, in
Philharmonic Auditorium, assisted by the Meremblum Junior Orchestra, Peter
Meremblum conducting. Albert Coates led the climactic half of the morning
concert with ...
Էջ 100
ORANGE, N. J.—The New Jersey Orchestra, conducted by Frieder Weissmann,
gave their first concert in Orange, Jan. 12, and the next, Jan. 13, in Montclair. This
orchestra, founded by Russell B. Kingman, is now in its twentieth year.
Էջ 142
4 and Dec. 28. Betty Humby next month returns to Seattle to participate in the
Mozart Festival to be conducted by Sir Thomas. ... Miss Humby is soloist on
March 15 with the New York City Symphony, Sir Thomas conducting. William
Primrose ... 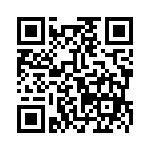