My own view – speaking as a historian rather than citizen – is that as long as Pakistan exists there will be Hindu fundamentalists in India. In times of stability, or when the political leadership is ... Read full review

I’ve been wanting to learn more about history for a long time now, and I’ve finally decided to take the plunge and start reading more history books. I started off with a book I’ve owned for about ... Read full review

Ramachandra Guha was born in Dehradun in 1958, and educated in Delhi and Calcutta. He has taught at the universities of Oslo, Stanford and Yale, and at the Indian Institute of Science. He has been a Fellow of the Wissenschaftskolleg zu Berlin, and also served as the Indo-American Community Chair Visiting Professor at the University of California at Berkeley.

After a peripatetic academic career, with five jobs in ten years in three continents, Guha settled down to become a full-time writer, based in Bengaluru. His books cover a wide range of themes: they include a global history of environmentalism, a biography of an anthropologist-activist, a social history of Indian cricket, and a social history of Himalayan peasants. His entire career, he says, seems in retrospect to have been an extended (and painful) preparation for the writing of India After Gandhi.

Guha’s books and essays have been translated into more than twenty languages. The prizes they have won include the UK Cricket Society’s Literary Award and the Leopold-Hidy Prize of the American Society of Environmental History. In 2008, Prospect and Foreign Policy magazines nominated Guha as one of the world’s one hundred most influential intellectuals. In 2009, he was awarded the Padma Bhushan for services to literature and education. In 2015, he was awarded the Fukuoka Prize for contributions to Asian culture and scholarship. 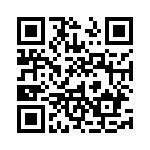