Stephen Citron is a composer, lyricist, and lecturer. He is the author of Songwriting, the standard reference work on the subject, The Musical From the Inside Out, Noel & Cole, and The Wordsmiths. He lives in New York City. 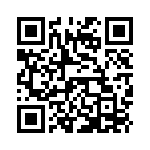