Michael S. Casey is Professor of the Humanities at Graceland University in Iowa. He holds a doctorate in Philosophy and writes extensively on military history. He is co-author of Teaching the Korean War: An Instructor's Handbook. As a member of the Kuwait-United States Defense Review Group, he helped to plan the rebuilding of Kuwait's post-war national defense, during which time he lived in Kuwait and worked with the top echelons of Kuwait's defense establishment. 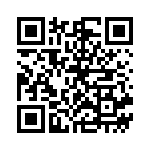