Էջ 292 - In the discussions to which this interest has given rise and in the arrangements by which they may terminate the occasion has been judged proper for asserting, as a principle in which the rights and interests of the United States are involved, that the American continents, by the free and independent condition which they have assumed and maintain, are henceforth not to be considered as subjects for future colonization by any European powers.‎
Հանդիպում է 1785-2008-ը 869 գրքում
Էջ 97 - ... in case of a deliberate, palpable, and dangerous exercise of other powers, not granted by the said compact, the states, who are parties thereto, have the right, and are in duty bound, to interpose, for arresting the progress of the evil, and for maintaining, within their respective limits, the authorities, rights and liberties, appertaining to them.‎
Հանդիպում է 1813-2008-ը 721 գրքում
More
Էջ 27 - But, from the necessity of the case, and a regard to the mutual interest of both countries, we cheerfully consent to the operation of such Acts of the British Parliament, as are bona fide restrained to the regulation of our external commerce, for the purpose of securing the commercial advantages of the whole empire to the mother country, and the commercial benefits of its respective members ; excluding every idea of taxation, internal or external, for raising a revenue on the subjects in America...‎
Հանդիպում է 1771-2008-ը 447 գրքում
Էջ 41 - Determined to keep open a market where MEN should be bought and sold, he has prostituted his negative for suppressing every legislative attempt to prohibit or to restrain this execrable commerce.‎
Հանդիպում է 1808-2008-ը 696 գրքում
Էջ 46 - The committee of the states, or any nine of them, shall be authorized to execute, in the recess of congress, such of the powers of congress as the united states in congress assembled, by the consent of nine states, shall from, time to time think expedient to vest them with ; provided that no power be delegated to the said committee, for the exercise of which, by the articles of confederation, the voice of nine states in the congress of the united states assembled is requisite.‎
Հանդիպում է 1783-2008-ը 515 գրքում
Էջ 39 - He has refused for a long time, after such dissolutions, to cause others to be elected; whereby the Legislative powers, incapable of Annihilation, have returned to the People at large for their exercise; the State remaining, in the meantime, exposed to all the dangers of invasion from without, and convulsions within.‎
Հանդիպում է 1808-2008-ը 563 գրքում
Էջ 32 - We will neither import nor purchase, any slave imported after the first day of December next; after which time, we will wholly discontinue the slave trade, and will neither be concerned in it ourselves, nor will we hire our vessels, nor sell our commodities or manufactures to those who are concerned in it.‎
Հանդիպում է 1815-2008-ը 253 գրքում
Էջ 45 - No two or more states shall enter into any treaty, confederation or alliance whatever between them, without the consent of the United States in congress assembled, specifying accurately the purposes for which the same is to be entered into, and how long it shall continue.‎
Հանդիպում է 1782-2008-ը 649 գրքում
Էջ 354 - If there be those who would not save the Union unless they could at the same time save slavery, I do not agree with them. If there be those who would not save the Union unless they could at the same time destroy slavery, I do not agree with them. My paramount object in this struggle is to save the Union, and is not either to save or to destroy slavery.‎
Հանդիպում է 1862-2008-ը 679 գրքում
Less

EDWARD PAYSON POWELL (1833-1915) was an American author and journalist. He graduated from Hamilton College and Union Theological Seminary and was ordained as a Congregational minister in 1817. He embarked on his journalism career in 1886 when he joined the St. Louis Globe-Democrat in 1886 as an editorial writer; he later (1900) moved to The Independent of New York, a civil rights and anti-slavery newspaper. 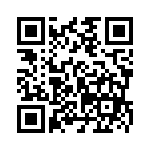