Goldsmith's only novel. Novel writing was in an early stage and the dialogue is totally unrealistic, but no matter. The characters are mouthpieces for various viewpoints that Goldsmith had. The ... Читать весь отзыв

This is the story of a humble, gullible Vicar who lived the life of Job. I listened to this on an audio book as well as reading along. I felt the reader had a very false voice that was in excess. The ... Читать весь отзыв

Oliver Goldsmith (1728 - 1774) was born in Ireland. Having studied at Trinity College, Dublin, he studied medicine at Edinburgh and Leyden after being rejected by the Church of Ireland. Settling in London, he was writing professionally by 1757 and became a friend of Johnson. Best known for She Stoops to Conquer, The Vicar of Wakefield is his only novel and is generally considered his finest work.

Stephen Coote was educated at Magdalene College, Cambridge and Birkbeck College, University of London. He is the author of critical studies of Chaucer, T.S. Eliot and English literature of the Middle Ages, as well as biographies of Byron and William Morris. 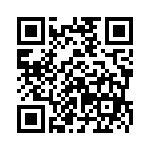