Geoffrey Nash was born in London and educated at Oxford and London Universities. He has been Senior Lecturer in literature at the University of Sunderland since 2000. Formerly, he was Associate Professor in the Faculty of Humanities, Qatar University.

Daniel O'Donoghue graduated in 1996 with First Class Honours in German and Italian from the National University of Ireland (first prize in Greek and Italian). In the same year he obtained a similar qualification in Swedish from Trinity. He spent 30 years travelling to pursue musical and linguistic studies, including five years in Paris. He translates poetry into Spanish, and M.A. theses and technical German into English. He is published as a translator into French in the Humanist magazine Libre Pensée. He is also a concert classical guitarist, and in 2008 was nominated for a Grammy as arranger of the best Hawaiian album. 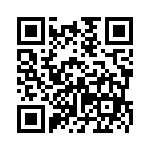