Zvi Aviner is a physician and Torah scholar. Born and raised in Israel, Zvi Aviner received his MD degree in Hadassah Medical School, Jerusalem, Israel. While practicing as a physician in Memphis TN area, he also received a rabbinical ordination. His weekly Torah classes have attracted Jewish and non Jewish audience for years. His book, Sod Siach on the Torah, was published in Israel in 1996. During the years 2006-7 the rabbi lectured on the Seven Noahide Commandments to a live audience and to the NoahideNations Virtual Yeshiva, on the internet. This first volume presents his lectures on DOLATRY the first Noahide Commandment. 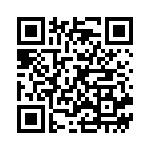