Էջ 289
In 1860 there were five ordinary members and only four Departments for them viz . , Finance , Home , Legislative , and Mili . tary ... In 1870 , therefore , Agriculture and Revenue Department was , instituted for the fifth member .
Էջ 290
In 1909 , the Military Supply Department was abolished and the whole responsibility of military administration was vested in the Commander - in - Chief . The sixth ordinary member was now kept in charge of the newly constituted ...
Էջ 305
( e ) The Departments , being re - organised , three of them , viz . , the Home Department , Smit the Finance Department , and the Department of Railway , ) me Commerce & Ecclesiastical , are placed in the hands of three European ... 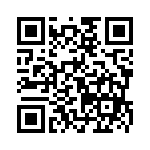