Elizabeth Ford, professor emeritus of English at Westminster College, is coauthor, along with Deborah Mitchell, of The Makeover in Movies: Before and After in Hollywood Films, 1941--2002. 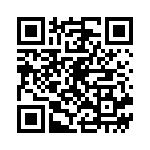