A PIECE OF THE SUN: The Quest for Fusion Energy

A surprisingly sprightly tour d'horizon of the pursuit of fusion energy, from Science deputy news director Clery.Fusion is all, writes the author: "Every atom in your body, apart from the hydrogen ... Read full review

Daniel Clery studied theoretical physics at York University. As a news editor for Science magazine since 1993, Clery has covered many of the biggest science news stories of our time. 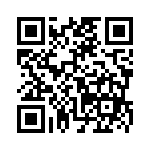