Robert Arshaki Atayan (1915-1994) studied music at the Ereven Conservatory, where he went on to become director and professor. 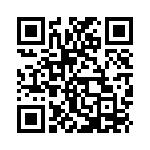