Էջ 105
The novel, On a New Road is the most interesting of Khatisian's novels as it
focuses on the liberation of Armenia movement, female education and the entry
of Russian Armenian women into the public sphere. As Tess Cosslett has stated
about ...
Էջ 108
The girls continue, asking if their father spoke Russian, because their fellow
classmates, say he did not speak Russian. Losing her patience Susan replies: "
Enough of this foolishness. You aren't children anymore, you are fifteen and you,
...
Էջ 109
party one evening they discuss, with several youths, a Russian novel called,
What is to be done"? The novel, What is to be done?, was an actual, controversial
work by the Russian radical N.G. Chernyshevsky, written in prison, and published
a ... 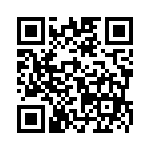