Arno Gunther Motulsky was born in Fischhausen, Germany on July 5, 1923. In 1939, he was one of more than 900 Jewish refugees aboard the German liner St. Louis who were turned away from Cuba and the United States. Before returning to Germany, four countries agreed to take one-fourth of the passengers. His family was assigned to Belgium. On May 10, 1940, the Germans invaded Belgium. Even though the family had just received United States visas, they were unable to leave. Motulsky was sent to an internment camp in France. In June 1941, he left France and traveled through Spain to Portugal, where he boarded a ship to the United States. In 1942, he passed the high school equivalency tests in Chicago. He worked and began taking college courses at Central Y.M.C.A. College. In 1943, he had been accepted to medical school at the University of Illinois at Chicago. However, he was drafted and the Army sent him to Yale University to finish his premedical courses. He returned to the University of Illinois for medical school, entering as a private first class. He graduated in 1947 and took further training in internal medicine and hematology. In 1951, he was called back into the Army and assigned to Walter Reed Army Medical Center in Washington, where he studied inherited blood disorders. He was discharged in 1953. After being discharged, he became an instructor at the University of Washington's new medical school in Seattle. He taught internal medicine and hematology. He was the founder of medical genetics and pharmacogenetics. In 1957, he started one of the first divisions of medical genetics in the United States. He was the author of more than 400 scientific articles. He and Friedrich Vogel wrote the textbook, Human Genetics: Problems and Approaches, in 1979. Motulsky died on January 17, 2018 at the age of 94. 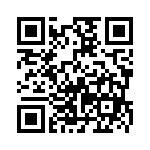