Dorothy Thompson taught in the School of History in the University of Birmingham, where she wrote a series of highly regarded books about Chartism and other topics in nineteenth-century British history—among them, Early Chartists, Chartism in Wales and Ireland, Outsiders: Class, Gender and Nation and Queen Victoria: Gender and Power. Her edited volume Over Our Dead Bodies: Women Against the Bomb testified to her engagement in post-war peace movements. 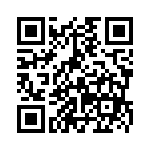