Էջ
With that word, “homeland,” something powerfully conflictive seemed to emerge into public discourse. Here was a word that seemed designed to transcend a division that had deep roots in human history, a word that, to me, manifested a ...
Էջ
“Homeland” was not a new word, of course, but after the devastating attacks on New York City and Washington, D.C., it seemed to connote meanings new to most of us—vulnerability, fear of strangers, retrenchment, territorial fortification ...
Էջ
In that light, exchanging the benefits of home rule for those of collective security must have seemed irresistible. As the passage implies, however, this shift of power from the communal to the governmental was most painfully felt as an ...
Էջ
Chroniclers noted with foreboding, though, that with monarchy there had also come a slow decline in divine worship and public morality, and now God had seemed to turn his face away. A river metaphor allows for a downstream and an ...
Էջ
... later, the Christian communities: the foreign ruler's presence seemed to intrude everywhere, demanding allegiance and reminding them of their vassal status. 7 Most religions require belief in absent beings that, through certain.
Հաջորդը »

Christopher Collins is Professor of English at the Graduate School of Arts and Sciences at New York University. He is the author of several books including Reading the Written Image: Verbal Play, Interpretation, and the Roots of Iconophobia (Penn State, 1991). 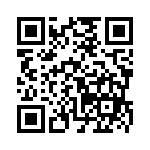