Էջ 147
... And love the high - embowed roof , With antique pillars massy proof , And storied windows richly dight , Casting a dim religious light : There let the pealing organ blow To the full - voiced choir below , In service high and anthems ...

Էջ 101 - Hence in a season of calm weather Though inland far we be, Our Souls have sight of that immortal sea Which brought us hither, Can in a moment travel thither, And see the Children sport upon the shore, And hear the mighty waters rolling evermore.‎
Հանդիպում է 1803-2008-ը 925 գրքում
Էջ 145 - Or the unseen genius of the wood. But let my due feet never fail To walk the studious cloister's pale, And love the high-embowed roof, With antique pillars massy proof, And storied windows richly dight, Casting a dim religious light.‎
Հանդիպում է 1705-2008-ը 998 գրքում
More
Էջ 242 - Wonder not then, what GOD for you saw good If I refuse not, but convert, as you, To proper substance : time may come, when men With angels may participate, and find No inconvenient diet, nor too light fare : And from these corporal nutriments perhaps Your bodies may at last turn all to spirit...‎
Հանդիպում է 1705-2008-ը 360 գրքում
Էջ 328 - Work, work, work! From weary chime to chime ; Work, work, work, As prisoners work for crime : Band and gusset and seam, Seam and gusset and band, Till the heart is sick, and the brain benumbed, As well as the weary hand.‎
Հանդիպում է 1843-2008-ը 294 գրքում
Էջ 154 - But this is a subject foreign to my present purposes: it is sufficient to say, that a chorus, &c., of elaborate harmony, displayed before me, as in a piece of arras work, the whole of my past life — not as if recalled by an act of memory, but as if present and incarnated in the music: no longer painful to dwell upon: but the detail of its incidents removed, or blended in some hazy abstraction: and its passions exalted, spiritualized, and sublimed.‎
Հանդիպում է 1821-2007-ը 90 գրքում
Էջ 145 - With antique pillars massy proof, And storied windows richly dight, Casting a dim religious light: There let the pealing organ blow, To the full-voiced choir below, In service high, and anthems clear, As may with sweetness through mine ear, Dissolve me into ecstasies, And bring all Heaven before mine eyes.‎
Հանդիպում է 1705-2008-ը 700 գրքում
Էջ 252 - I observed that in proportion as our strength decayed our minds exhibited symptoms of weakness, evinced by a kind of unreasonable pettishness with each other. Each of us thought the other weaker in intellect than himself, and more in need of advice and assistance.‎
Հանդիպում է 1785-2007-ը 61 գրքում
Էջ 157 - Sport that wrinkled Care derides, And Laughter holding both his sides. Come, and trip it as you go On the light fantastic toe...‎
Հանդիպում է 1711-2008-ը 729 գրքում
Էջ 57 - Thou hast also known too well ! Fairest flower, behold the lily, Blooming in the sunny ray : Let the blast sweep o'er the valley, See it prostrate on the clay. Hear the wood-lark charm the forest, Telling o'er his little joys ; Hapless bird ! a prey the surest To each pirate of the skies. Dearly bought the hidden treasure Finer feelings can bestow ; Chords that vibrate sweetest pleasure Thrill the deepest notes of woe.‎
Հանդիպում է 1800-2007-ը 148 գրքում
Էջ 150 - It calls in my spirits, composes my thoughts, delights my ear, recreates my mind, and so not only fits me for after business, but fills my heart, at the present, with pure and useful thoughts ; so that when the music sounds the sweetliest in my ears truth commonly flows the clearest into my mind.‎
Հանդիպում է 1808-2007-ը 57 գրքում
Less

George Moore, "the master of the most subtle rhythm in modern prose" (Austin Clarke, N.Y. Times), was an exponent of the experimental novel of Emile Zola (see Vol. 2), the naturalistic fiction written with a polished and careful artistry. Many regard Sister Teresa (1901) as his masterpiece, although Esther Waters (1894), his objective story of a servant girl's seduction and struggle, is more widely read. As an autobiographer, Moore was prolific. His Confessions of a Young Man (1888), Memoirs of My Dead Life (1906), and the trilogy Hail and Farewell! (1911--14) are books about himself and his friends. In the latter, says Austin Clarke, "He had mocked at his fellow writers, invented ludicrous conversations for them and succeeded in turning literary Dublin into delightful, irresistible legend. He... made many enemies by his candor." Conversations in Ebury Street (1924) is a volume of actual talks between Moore and his friends in his London home. 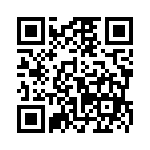