Էջ 63
3d , That it is expedient to provide , that the amount of the annual fums appli- cable , under the Acts 26th and 32d of the King , to the reduction of the na- tional debt , as the faid fums stood on ift July 1802 , fhould be ...
Էջ 171
There are alfo fome fpecimens of large enamelling upon dishes and plates extant , which were faid to be executed in France about the age of Francis the Firft ; but I have heard of few of a later date . This mode of enamelling upon ...
Էջ 228
... Bailliwick of Afchaffenbourg , on the right of the Mayn , and that there fhould be united to it , befides a fufficient number of mediate Abbeys , fo as to make up to him with faid lands , an an- nual revenue of a million forins . 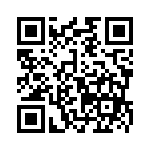