Edward Muir is the Ver Steeg Professor of History at Northwestern University. He is the editor, with Guido Ruggiero, of Sex and Gender in Historical Perspective and Microhistory and the Lost Peoples of Europe. 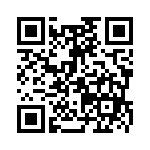