Էջ
The dark green binding was embossed so that the lettering of the title snaked off in raised, leaf-like patterns, roots and tendrils groping across the cover. Neither the cover nor the title page named the author; only an engraved ...
Էջ
... love-root, silk-thread, crotch and vine, My respiration and inspiration, the beating of my heart, the passing of blood and air through my lungs, The sniff of green leaves and dry leaves, and of the shore and dark-color'd sea-rocks, ...
Էջ
... It may be if I had known them I would have loved them, It may be you are from old people, or from offspring taken soon out of their mothers' laps. And here you are the mothers' laps. This grass is very dark to be from the white.
Էջ
This grass is very dark to be from the white heads of old mothers, Darker than the colorless beards of old men, Dark to come from under the faint red roofs of mouths. O I perceive after all so many uttering tongues, And I perceive they ...
Էջ
pecan-trees, Coon-seekers go through the regions of the Red river or through those drain'd by the Tennessee, or through those of the Arkansas, Torches shine in the dark that hangs on the Chattahooche or Altamahaw, Patriarchs sit at ...
Հաջորդը » 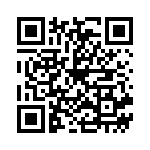