Matthew Cronin is the main tennis columnist for Fox Sports and a senior writer for Inside Tennis magazine. He contributes regularly to Reuters and USTA.com and appears fre-quently as a tennis analyst on radio and television stations throughout the United States and abroad. He is the main writer for TennisReporters.net, the award-winning, second-largest pro tennis site in the United States, and is a radio analyst at all the Grand Slams: the Australian Open, the French Open, Wimbledon, and the U.S. Open. 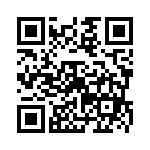