ROBERT CHARLES PAYNE is a motivational author, newspaper columnist for the Ouachita Citizen, and television and radio host. He served as the head football coach and athletic director at West Monroe High School and has experience teaching and working in the insurance industry. 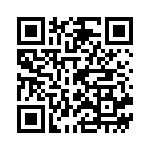