Giselle Roberts is a research associate in the department of history at La Trobe University in Melbourne, Australia. She is the author of The Confederate Belle. 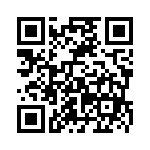