Theda Perdue is the Atlanta Distinguished Professor of Southern Culture at the University of North Carolina. Her eight books include The Cherokee Nation and the Trail of Tears and "Mixed Blood" Indians (Georgia). 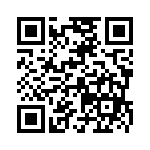