Herbert Fingarette was born Herbert Borenstein in Brooklyn, New York on January 20, 1921. He served in the Army during World War II. He received a bachelor's degree in philosophy in 1947 and a doctorate in philosophy in 1949 from the University of California. He taught philosophy at the University of California, Santa Barbara for 40 years. He wrote numerous books including The Self in Transformation, Self-Deception, Confucius: The Secular as Sacred, The Meaning of Criminal Insanity, Heavy Drinking: The Myth of Alcoholism as a Disease, Death: Philosophical Soundings, and Mapping Responsibility. He died from heart failure on November 2, 2018 at the age of 97. 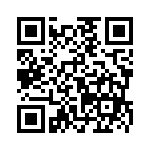