Էջ 484
55 And the masts and the rigging were lying over the side ; But Sir Richard cried in his English pride : 9 “ We have fought such a fight for a day and a night And the sun went down , and the stars came out far As may never be fought ...
Էջ 595
( O Mother , Mary Mother , Third night , to - night , between Hell and Heavenl ) " I hear a horse - tread , and I see , Sister Helen , Three horsemen that ride terribly . ” " Little brother , whence come the three , Little brother ?
Էջ 1123
From THE BOOK OF A THOUSAND NIGHTS AND A NIGHT In the metrical romances and in Chaucer's Squier's texts of the original Book of a Thousand Nights and Tale may be heard echoes of stories which medieval a Night , by his ten - volume ... 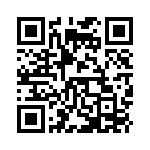