Էջ 2
... wholehearted acceptance of those basic principles and policies which will
render impossible a repetition of our present tragedy, and unless there is
promptly created machinery of action necessary, to carry out these principles and
policies.
Էջ 3
In these circumstances, new problems arise which require concerted action by
the Allies, to hasten the end of the war, to plan for its immediate aftermath, and to
lay the foundation for the post-war world. Our discussions in Moscow were ...
Էջ 4
In that document, it was jointly declared by the United States, Great Britain, the
Soviet Union, and China "That their united action, pledged for the prosecution of
the war against their respective enemies, will be continued for the organization ... 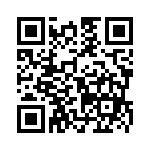