Donald G. Kyle is Professor, former Chair of History, and Distinguished Teaching Professor at the University of Texas at Arlington. He is the author of Athletics in Ancient Athens (1987), Spectacles of Death in Ancient Rome (1998), Sport and Spectacle in the Ancient World (Wiley-Blackwell 2007); and co-editor (with Paul Christesen) of A Companion to Sport and Spectacle in Greek and Roman Antiquity (Wiley-Blackwell 2014). 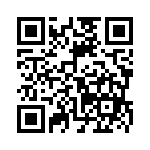