Stephen E. Atkins is curator for The Robert L. Dawson French Collection at the Cushing Library and Adjunct Professor of History at Texas A&M University. His numerous published works include Encyclopedia of Modern American Extremists and Extremist Groups (Oryx, 2002), Historical Encyclopedia of Atomic Energy (Greenwood, 2000), which was awarded Booklist Editors' Choice Award for 2000, and Terrorism: A Handbook (1992). 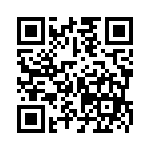